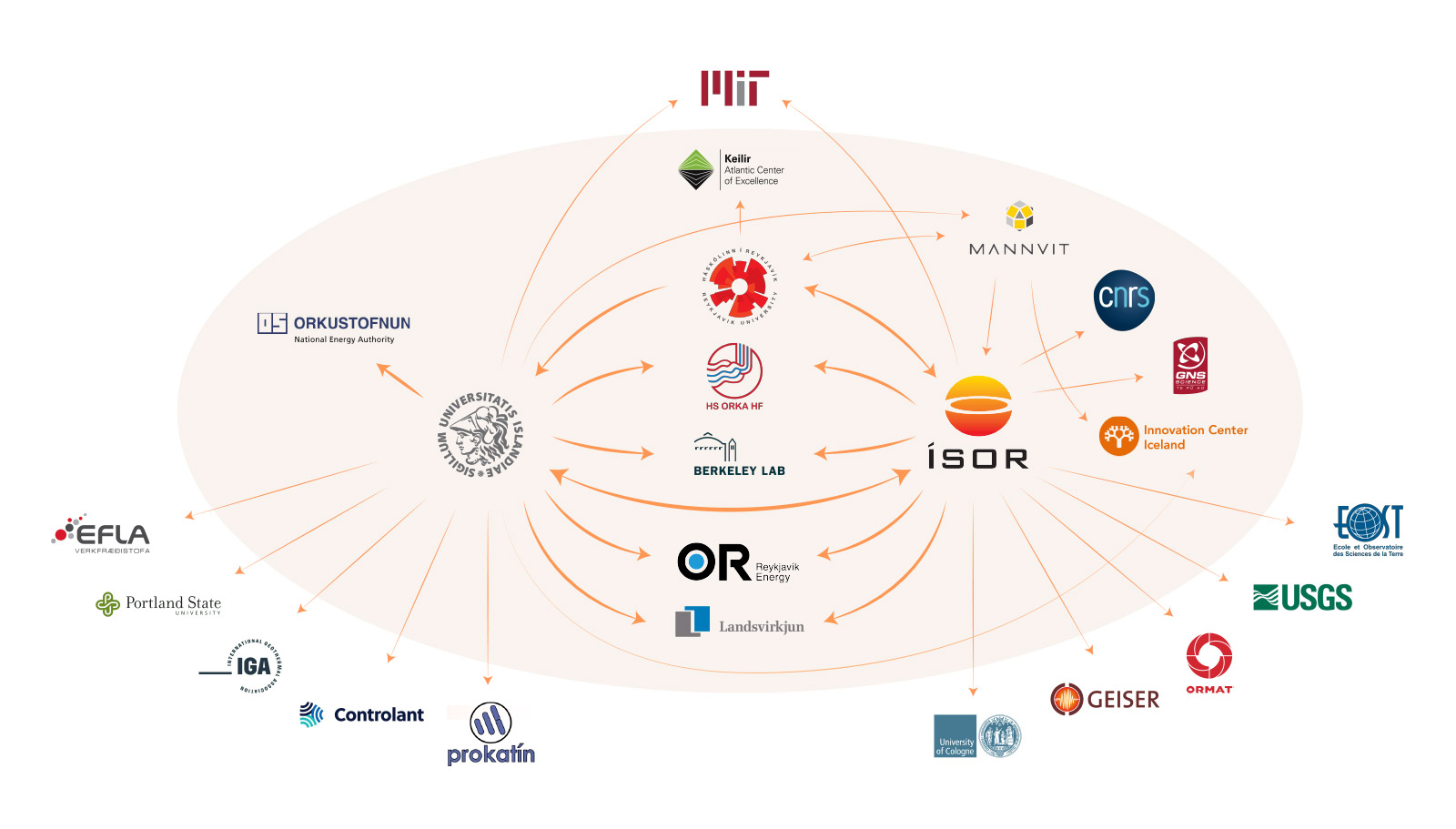 The GECO Project was launched in October 2018. It is a largely funded geothermal EU innovation action in which GEORG is partner.

GEOTHERMICA’s objective is to combine the financial resources of 18 geothermal energy research and innovation programme owners and managers .

CROWDTHERMAL aims to empower the European public to directly participate in the development of geothermal projects.

The Krafla Magma Testbed (KMT) is one of the most ambitious projects that GEORG is coordinating.

GEORG is participating in the GEOENVI project that was launched in November 2018.

SU-DG-IGW, is an ambitious new project being launch that will join GEORGs Project Office Portfolio.

The goal of the DEEPEGS project is to demonstrate the feasibility of enhanced geothermal systems (EGS) for delivering energy from renewable resources in Europe.

The Geothermal ERA-NET was a European cooperation started on 1st of May 2012 for duration of four years.

The Clean Energy Transition Partnership (CETPartnership) is a multilateral and strategic partnership of national and regional research, development and innovation (RDI) programmes in European Member States and Associated Countries.

GEORG was founded in 2009 with a grant from the Science and Technology Policy Council of Iceland (Rannis), “Clusters and Centers of Excellence”. Since 2016, GEORG has operated as an independent non-profit association. From the very beginning, there was a strong emphasis to serve GEORG partners well and to create a sustainable cooperation platform, beyond the project duration.

In years 2009 to 2016 as a result of the grant, GEORG aimed to run three initiatives; Co-funded research projects through open calls, creating collaborative workshops on Deep Roots of Geothermal (DRG) and Waste 2 Value (W2V) to bridge a critical gap between different geothermal communities and has evolved to become a strong research-driven international geothermal non-profit organization. All three projects presented below:

GEORG has supported 22 individual research projects through open calls among three initiatives that were coordinated by the cluster members.

DRG project initiative aims to understand the relationship between water and magma in the roots of volcanoes and how heat is transferred into geothermal systems.

Waste 2 Value is a joint effort towards added value, economical solutions and based on the research projects that focused on downstream waste streams.